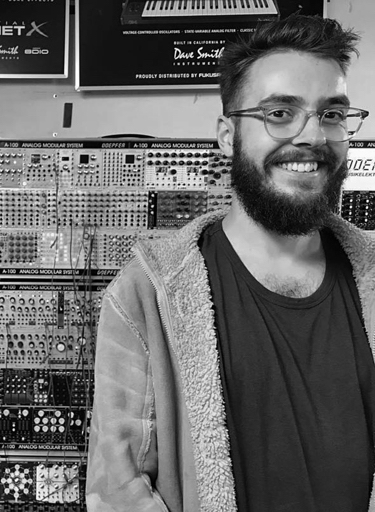 I am a PhD student in Artificial Intelligence and Music at Queen Mary University of London’s Centre for Digital Music. My research interests include audio synthesis, differentiable signal processing, meta-learning, and musical timbre. I am jointly supervised by Dr Charalampos Saitis and Dr György Fazekas, and am very grateful to be funded by the UKRI Centre for Doctoral Training in Artificial Intelligence and Music.

Previously, I was Music Lead at the award-winning AI-driven generative music startup Jukedeck, and was a research intern with ByteDance’s Speech, Audio & Music Intelligence (SAMI) team. I also make music and teach undergraduate Electronic and Produced music at the Guildhall School of Music and Drama.

I am particularly open to collaborations with musicians and artists looking to apply artificial intelligence to their work, and engineers interested in building new musical tools, and researchers working on related topics.